Men can get breast cancer, too. Of course, if you are one of the avid readers of this blog, you have probably already read the article dispelling that myth.
1 in 1000 men will develop breast cancer in their lifetime. When we reached out to Doug, therefore, we knew he was unique - as was the way he answered our questions about his story and his blog.

300 UK men get breast cancer every year. But how many play in a rock band?

I am 54, I have 4 grown up daughters by a previous marriage and a son who is nearly 6 with my wife SJ. I am a Londoner and have lived here all my life.

I worked in the printing trade for 31 years, straight from school, until 2009 when I was made redundant. My job no longer existed. I tried to reinvent myself in either publicity, fundraiser, or admin. Sadly, no one was willing to take a chance on someone as old as me, even though I had a lot of experience as a volunteer in some organisations, but with no experience professionally.
I am and have been the Chair of Leyton Orient Fans Trust for nearly 15 years. I am also in a band that I am proud to be a part of. We play often, but I sometimes find that a bit of a struggle due to my condition and have been known to sit down on stage. Not very rock’n’roll…
Since being diagnosed with breast cancer, I have been prescribed Tamoxifen which is a drug with numerous side effects.

…For a couple of weeks, everything was like a blur. Looking back, it was like those dream sequences that you used to see dodgy sitcoms.

On 22nd of January, I had another setback, in that I was diagnosed with type two diabetes, during what was supposed to be a routine pre op. This meant delaying my mastectomy for a few weeks, which was a bit worrying, as I wanted to get that 'thing' out of me ASAP.
When I came home, my partner SJ (now my wife) suggested that I write a blog to raise awareness of male breast cancer. The words that I had heard the most in those two weeks were “I did not know that men could get breast cancer”. So as someone who had written songs since I was fifteen (no, I never appeared on Top Of The Pops) I thought I should be creative enough to give it a go - but making sure that I wrote it in the same way as I speak, to give it a more natural feel. 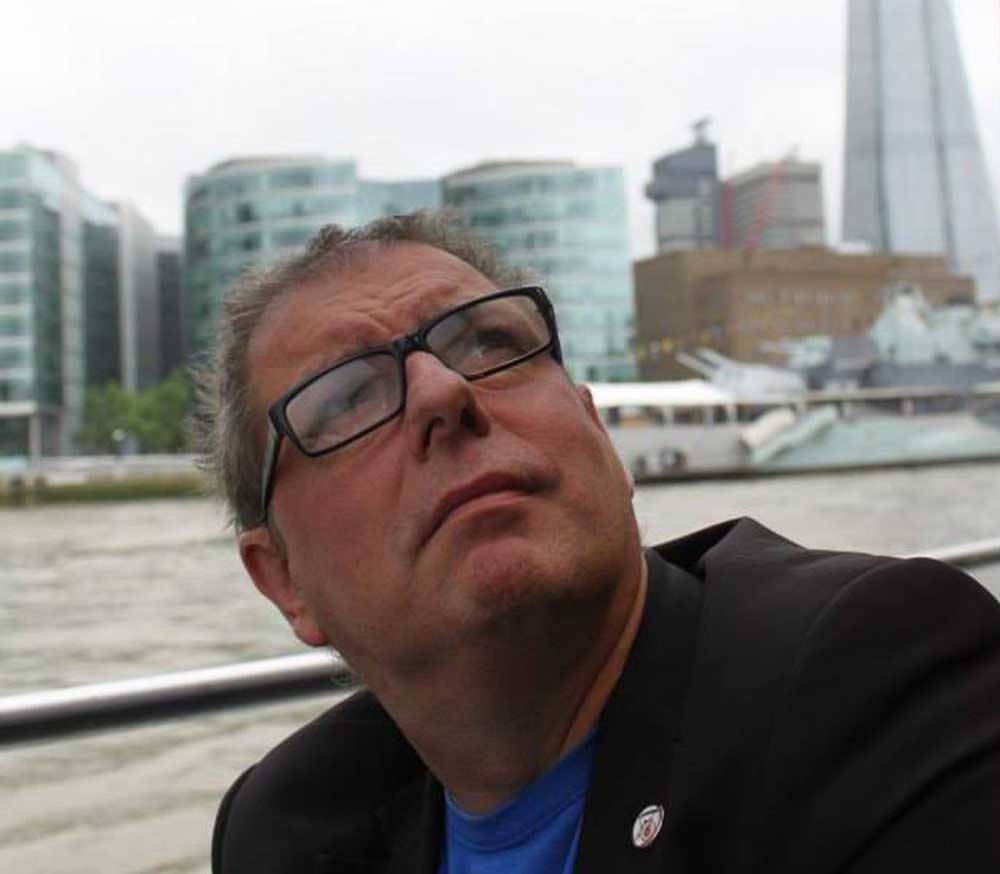 How important is it for you to share experiences and write about your story online?

Before my diagnosis, I always avoided anything in the media that mentioned cancer. I would switch off the radio if the C word was mentioned, or quickly turn the page of any paper. To be honest, I am not sure that I would read my own blog if it was by someone else.

I knew that I had to do something to get the awareness out there. I had to get something positive out of having cancer and this was the best way I could think of. I made a conscious effort to make it easy to read but without pulling any punches as well as adding some information. My earliest posts are sometimes graphic and not always recommended reading at dinner time. I would like to think that even I would be able to read it if it was from someone else.

I do not care what anyone says, my breast cancer does define me, probably because I keep on about it and I have no problem with that. I want men to be as aware as women are with breast cancer and make a habit of checking their moobs.

Certain charities are starting to publicise male breast cancer more and it is getting more mentions in the media, but it is still not enough. I am also concerned about the lack of research on the medication that we take, which is predominantly for women. A lot of the problem is that thanks to it being rare, there are not a lot of us to question.
Since I was diagnosed, I must say that there are a lot more groups for men in social media (especially in the US) who have welcomed me with open arms.

I read a lot of blogs about breast cancer, but there are very few about men

There are a few in the USA but I have only seen one or two from the UK and they seemed to peter out after a few posts. I hope the writers are in good health.
Not a blog as such but I would recommend malebreastcancercoalition.org, which has plenty of information and stories/experiences from men who have or had breast cancer. It is American but they are keen to get some men from the UK to get involved as well.

I would definitely suggest to other patients and caregivers to blog, as well

I find it extremely therapeutic and feel that I am doing something constructive and hope that going through it all can actually help others. The more of us that blog, the better. There are not many of us so it would be great to read others experiences and opinions and it would also be interesting to read what caregivers have to say as well. Giving it a different perspective.

My message to patients who are fighting cancer: Remember that you are not alone.

There are people out there that you can talk to. There are plenty of forums on charity websites as well as people you can talk to, either in person or by phone and there is plenty of information out there from websites and social media pages including CareAcross. It is all only a mouse click away. Speaking to people (that are now dear friends) that have suffered from breast cancer, both male and female is a massive help.