It is important that cancer patients are aware of this treatment modality, have a solid understanding of the key aspects that may affect them, and identify the distinguishing characteristics of its mechanism of action. This will help further strengthen the collaboration with their medical team, and ultimately enable the best possible outcomes for patients.

However, in order for any such activities to be impactful, it is paramount to evaluate and assess the current situation, and more specifically patients’ understanding of immunotherapy as a treatment option. To investigate and collect relevant and actionable insights, earlier in 2021 CareAcross concluded an extensive study collecting responses from 5,589 cancer patients’ perspectives on immunotherapy.

The survey was conducted through the CareAcross platform and the 5,589 respondents were breast, lung, prostate or colorectal cancer patients, mainly from 5 European countries (UK, Germany, Spain, France, Italy).

The research attracted interest from recognised industry conferences and press. More specifically, results were presented at the 2021 European Society for Medical Oncology (ESMO) conference, an influential congress in medical oncology. Results were also presented at the 2021 World Conference on Lung Cancer, the world’s largest meeting dedicated to lung cancer, organised by the International Association for the Study of Lung Cancer (IASLC). Combined, these events attracted more than 37,000 participants from over 150 countries.

The CareAcross study was so impactful that it was chosen by ESMO to be featured and further discussed in an official ESMO conference press release. It is exciting to see CareAcross research being highlighted in such a way from such a prominent institution in the field of medical oncology. 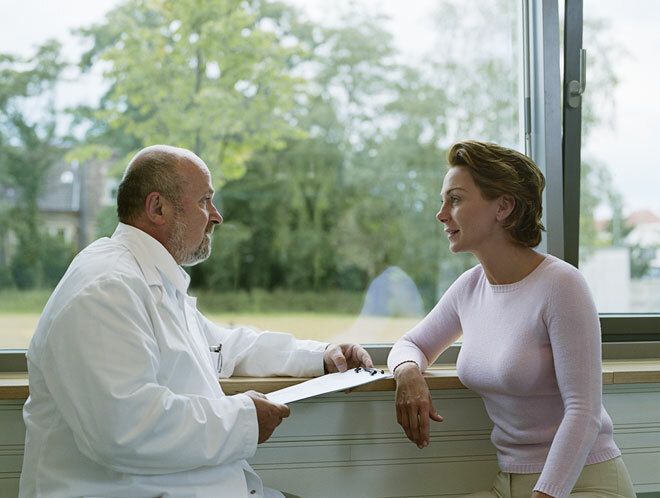 An overview of patient insights

The results of the survey illustrate patients’ knowledge regarding several aspects of immunotherapy. These include its mechanism of action, timing of action, side-effects and the cost to the healthcare system. The findings revealed different knowledge and perception from those who have actually received such treatments. Beyond this, specific deviations were identified based on patients’ cancer type.

Immunotherapy remains a mystery for many cancer patients

Despite the significant communications activities around immunotherapy, 43% of all patients were not sure or did not know how immunotherapy works. Importantly, patients who had received such treatments were twice as likely to know its mechanism of action. Least aware were breast cancer patients with 25% responding accurately, vs 41% of the lung cancer patients (who were most aware overall).

Patients do not know when to expect immunotherapy to start working

Confusion about side-effects, even compared to chemotherapy

Many patients (between 23-34%) did not know whether immunotherapy or chemotherapy caused more side-effects. Colorectal cancer patients were the least aware.

The lack of awareness was even more pronounced when asked to compare immunotherapy with targeted therapy: 58-65% of patients could not respond. It was interesting to see that those who had received immunotherapy actually overestimated its toxicity.

Patients do not know that immunotherapy is expensive

Immuno-oncology is a novel approach to cancer treatment. It is of great importance to evaluate patients’ knowledge about immunotherapy, including its mechanism and timing of action, its side-effects and its costs. This will allow the scientific community to pinpoint the most critical gaps, and identify the best ways to educate the public around it. This will help reduce common misconceptions and build a better relationship between patients and clinicians.

This extensive study on cancer patients’ immunotherapy perspectives from CareAcross is a strong example of the depth of data collected and the kind of insights that can be derived through the CareAcross platform. Further details and comparative analyses can be delivered upon request.

The researchers would like to thank the entire CareAcross team for showing such dedication to cancer support, while of course respecting patients' anonymity and privacy as per our terms of service.

Finally, but most importantly, CareAcross is grateful to all the patients who participate in these activities and contribute to advance scientific and research knowledge.

Reach out for more data-driven findings

For more information, and for a deeper dive into the findings, please feel free to reach out via email.