We all react differently to cancer

Have you ever considered what you would do if you discovered that you had cancer? And if you have, how did you react when you learned about it? How does such knowledge change your attitude towards life? People with cancer react in different ways. Some of them try to understand the disease and find a way to stay strong and keep fighting. On the other hand, there are patients who don’t even try to recover. Read the following stories and you will understand exactly what I mean.

Stories of strength and determination

Let’s see Becky’s story: Becky, while fighting cancer, not only had trouble sleeping but also gained weight because of her treatment. As she was really annoyed by this, she saw a doctor who explained to her the causes of these symptoms. After following the treatment the doctor proposed, she felt great relief. Knowing about the causes made her realize that one can constantly learn more about themselves and how their body works. Read her article for more.

Sheila felt lost when she found out she had stage four breast cancer. She soon learned about a conference for Women Living with Metastatic Breast Cancer which is named “Living Beyond Breast Cancer”. She decided to give it a try… and this conference changed her life! She met many amazing women of all cultures, races and ages who faced the same challenge and discovered she was not alone. She created many lifelong friendships and even now these friends continue to support each other. She was inspired and wanted to share her experience, so she became a volunteer with the Breast Cancer Helpline to help other women realize that they are not alone in this fight. The most important thing for her is that she was determined to fight, and continues to fight for this disease. Read how Sheila reacted at her blog article. 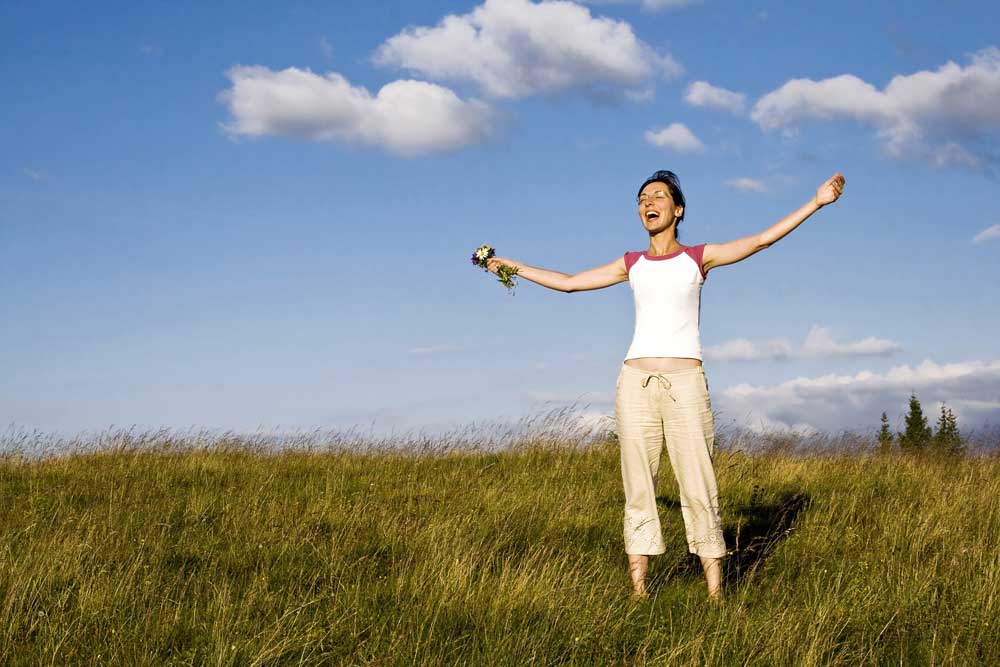 Jean, on the other hand, has her own belief about cancer prevention. She says that “you can reduce your risks of getting breast cancer, but you cannot prevent it entirely because there are some risk factors you can do little to nothing about such as growing older and genetics”. Do you agree with her? Read Jean's story.

Karen was suffering from ovarian cancer, but she managed to win the fight, and now she wants to share her life philosophy. In particular, she says “Life's events are often like the fog. Sometimes we cannot see what is coming, but if we travel slowly and cautiously the sun will come out to reveal our path. It is the warm rays of the sun that burns away the fog. It is our use of positivity, humor, exercise, good nutrition, and a faith in a God or a power greater than us”. Read her Karen's article.

Yet another inspiring testimony: this blogger has had four operations, and is getting ready for the fifth one! In this post, she describes the entire procedure from check-in to hospital, to a few days after the surgery. We wish her good luck! Check out her story.

For Stacey, the Young Survival Coalition (YSC) conference about breast cancer was the first such conference she had ever been to. She met women like her, with the same kind of cancer; they talked about issues that are specific to them. She also met a breast cancer surgeon, Dr. Susan Love, who made a lasting impression when she said that “doctors compared you to the people who have died and are patting themselves on the back because you are alive. Patients compare themselves to how they were before treatment and are acutely aware of the price we have paid to be there”. Another surprise was Dr. Love’s opinion about “pinkwashing”: “There’s nothing pretty about breast cancer and in my opinion, the ribbon should be black not pink” What’s your opinion on these thoughts as posted on Stacey's article?

All these women had a fight against cancer. But in order to win this fight, they had to overcome themselves, to find the power to ask for help and to change their life philosophy. In all these cases, they understood that they were not alone, that they were other women who just like them, were fighting too! This made them even more powerful. United and together they got stronger and inspired - and that’s why they are now sharing their stories. So that no other woman who fights cancer will ever feel alone and weak again. Patients or not, we can all get inspired by their determination and their strength.