Adding radiation to chemotherapy may improve some lung cancer outcomes

Adding radiation to chemotherapy may improve some lung cancer outcomes

According to a small study, for patients with limited metastatic non-small cell lung cancer (NSCLC), adding radiation therapy to chemotherapy with may curb disease progression dramatically. This is when compared to NSCLC patients who only receive chemotherapy, according to a new randomized phase II clinical trial reported today at the 59th Annual Meeting of the American Society for Radiation Oncology (ASTRO).

Progression-free survival in the trial escalated from 3.5 months to 9.7 months with the addition of radiation therapy delivered to all the metastatic sites of lung cancer as well as the primary disease site.

Treatment-related side effects were similar for the two treatment approaches. 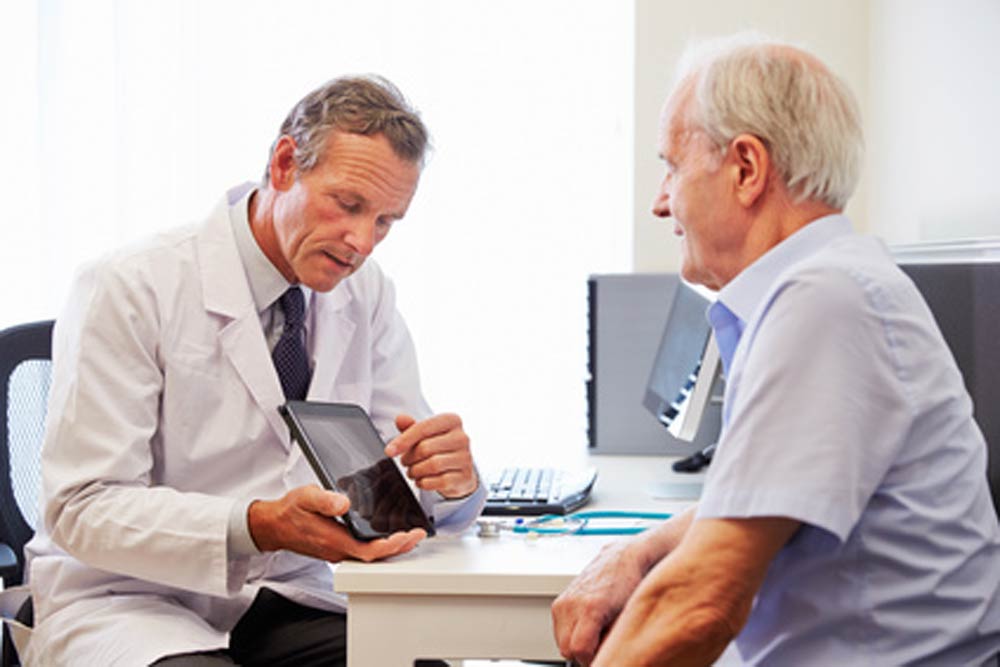 Few existing treatments offer durable survival benefits for patients whose NSCLC has spread past the lungs, due in part to the aggressive nature of lung cancer and its propensity to progress, even following treatment.

Research on metastatic colorectal cancer and sarcoma, however, suggests a potential benefit from adding local therapy--treatment directed specifically at the tumour cells--to the standard approach of systemic therapy.

In these studies, adding radiation or/and surgery bolstered the ability of systemic therapies, such as chemotherapy, to control disease and improve survival in patients with few metastases.

"Even in the era of immunotherapy, there are not large numbers of metastatic NSCLC patients with durable responses to systemic therapy. In our trial, however, the addition of radiation therapy directed at each of the cancerous areas greatly improved how patients responded to subsequent rounds of chemotherapy," said Puneeth Iyengar, MD, PhD, lead author of the study and an assistant professor of radiation oncology at the University of Texas Southwestern Medical Center in Dallas. "This finding suggests that local treatments, including radiation, could work in concert with chemotherapy to prolong the amount of time before recurrence occurs in patients with limited sites of metastatic NSCLC."

The study was a randomised phase II trial testing whether the addition of local treatment, in the form of consolidative radiation therapy, to the standard treatment of systemic therapy improved progression-free survival for patients with limited metastatic NSCLC.

Eligible patients included those with stage IV disease, spread to six or fewer sites including the primary tumour site, and who responded at least partially to first-line/induction chemotherapy.

Radiation to the primary disease site was delivered via SAbR where possible, or through 15 fractions of hypofractionated radiation therapy if the primary tumour was too central or involved mediastinal nodes.

Maintenance chemotherapy was left to the discretion of the treating medical oncologists and consisted of pemetrexed, docetaxel, erlotinib or gemcitabine.

Twenty-nine patients were accrued between April 2014 and July 2016.

Eighty-six percent of all patients had tumours with non-squamous histologies. Thirty-one lesions were treated with radiation in the 14 patients that received local therapy.

Patient accrual was stopped ahead of schedule after an unplanned interim analysis found substantially improved survival rates in the arm receiving local therapy, matching similar findings in a parallel trial.

Specifically, rates of local control and delay in distant metastases also favoured the approach incorporating radiation with systemic therapy. In the arm with consolidative local therapy, there were no recurrences in original sites of gross disease versus seven failures in original sites of gross disease in the arm receiving only maintenance therapy.

At the time of analysis, 10 of the 15 patients receiving maintenance chemotherapy-only had progressed, compared with four of the 14 patients also receiving radiation.

None of the recurrences among the latter patients were in areas treated directly with radiation therapy.

Treatment-related side effects were similar between the two treatment arms, indicating that the addition of local therapy was well-tolerated by patients. There were no grade 5 toxicities attributable to study treatment. On the maintenance chemotherapy-only arm, there were two grade 3 and one grade 4 toxicities. On the SAbR plus maintenance chemotherapy arm, there was one grade 4 toxicity.

"These findings verify that progression-free survival for limited metastatic disease really is no different than it is for widely metastatic disease, suggesting that local therapy could play an important future role in survival outcomes," said Dr. Iyengar. "Moreover, the addition of consolidative radiation did not increase toxicity, which allowed patients to continue on to additional systemic therapy that is important to controlling aggressive metastatic disease."

Next steps for this research include a larger, randomised phase III trial to test progression-free survival, as well as overall survival.

While results indicate a clear benefit of adding local therapy for the management of limited metastatic NSCLC, Dr. Iyengar stressed the need for confirmation in a larger prospective trial.

"There is a significant possibility that local therapy, such as consolidative radiation, may become an important part of the management of limited metastatic NSCLC patients, but this validation must take place in randomised phase III studies. Interested patients should seek more information about the ongoing NRG LU 002 and SARON trials."