New research across 20 years shows that regular use of aspirin can reduce recurrence of hormone-related breast cancer in overweight and obese women by half. 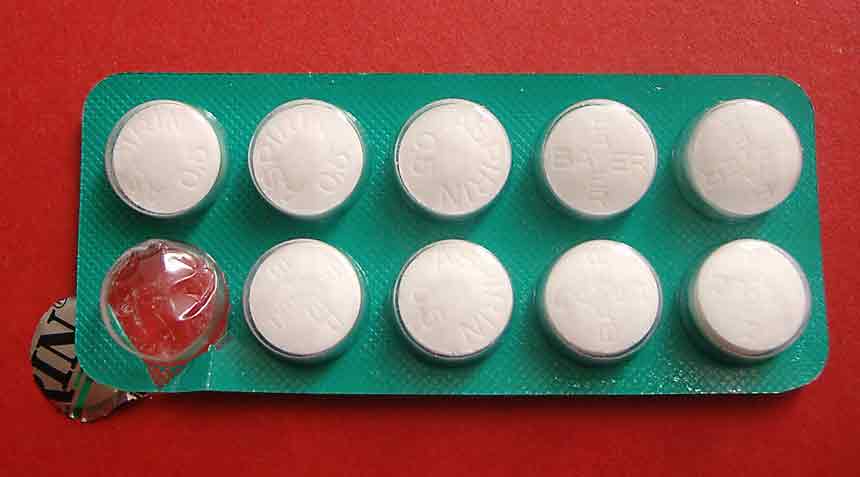 The research was conducted at the University of Texas in Austin and applied to aspirin as well as other nonsteroidal anti-inflammatory drugs (NSAIDs).

For more than 20 years, researchers have been investigating the anti-cancer properties of aspirin. In 2012, three studies published in "The Lancet" journal confirmed that anti-cancer benefits kick in after 3 years of regularly taking low-dose aspirin.

For the new study, which is published in the journal "Cancer Research", researchers examined data from 440 women diagnosed with invasive, estrogen receptor alpha-positive breast cancer who were treated at The University of Texas Health Science Center and the START Center for Cancer Care clinic, both in San Antonio, TX, between 1987 and 2011.

In the study, 58.5% of the participants were obese and 25.8% were overweight. Overall, 81% of the women in the study took aspirin.

The researchers found that women with a body mass index (BMI) greater than 30 had a 52% lower rate of breast cancer recurrence and a 28-month delay in time to recurrence if they were regularly taking aspirin or other nonsteroidal anti-inflammatory drugs (NSAIDs).

Some of the women were also taking statins and omega-3 fatty acid, however, even after adjusting results for the influence of these drugs (which are known to have anti-inflammatory effects) aspirins and other NSAIDs were still found to have protective benefits.

Comments from study author: "preliminary results, consult with your physician"

Author Linda A. deGraffenried, PhD, associate professor of nutritional sciences at The University of Texas in Austin, says:

"These results suggest that NSAIDs may improve response to hormone therapy, thereby allowing more women to remain on hormone therapy rather than needing to change to chemotherapy and deal with the associated side effects and complications. However, these results are preliminary, and patients should never undertake any treatment without consulting with their physician."

Dr. deGraffenried and colleagues also recreated a tumor environment in the laboratory using cancer cells, fat cells and inflammation-promoting immune cells. Experimenting with how the blood from obese patients interacts with these lab-cultured tumors, the team observed that factors associated with obesity promote tumor growth and resistance to therapy by initiating a signaling network within the tumor.

"These studies show that the greatest benefit from aspirin [and other NSAIDs] will be in those with a disease driven by inflammation, and not just obesity," explains deGraffenried. She concludes that "limiting inflammatory signaling may be an effective, less toxic approach to altering the cancer-promoting effects of obesity and improving patient response to hormone therapy."