Regular consumption of caffeinated coffee may help prevent the return of colon cancer after treatment and improve the chances of a cure, according to a new, large study from Dana-Farber Cancer Institute that reported this striking association for the first time.

The patients, all of them treated with surgery and chemotherapy for stage 3 colon cancer, had the greatest benefit from consuming four or more cups of coffee a day (about 460 milligrams of caffeine), according to the study. These patients were 42% less likely to have their cancer return than non-coffee drinkers, and were 33% less likely to die from cancer or any other cause.

Two to three cups of coffee daily had a more modest benefit, while little protection was associated with one cup or less, reported the researchers, led by Charles Fuchs, MD, MPH, director of the Gastrointestinal Cancer Center at Dana-Farber.

The study included nearly 1,000 patients who filled out dietary pattern questionnaires early in the study, during chemotherapy and again about a year later. This "prospective" design eliminated patients' need to recall their coffee-drinking habits years later, a source of potential bias in many observational studies.

"We found that coffee drinkers had a lower risk of the cancer coming back and a significantly greater survival and chance of a cure," Fuchs said. Most recurrences happen within five years of treatment and are uncommon after that, he noted. In patients with stage 3 disease, the cancer has been found in the lymph nodes near the original tumor but there are no signs of further metastasis. Fuchs said these patients have about a 35% chance of recurrence. 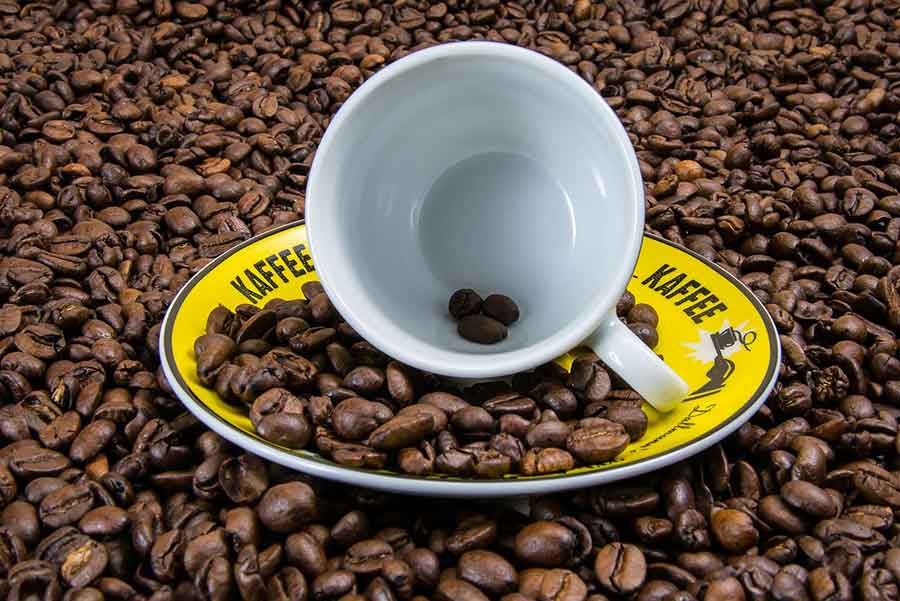 In analyzing the results of the new study, Fuchs and his colleagues discovered that the lowered risk of cancer recurrence and deaths was entirely due to caffeine and not other components of coffee. Although, it's not clear why caffeine has this effect, one hypothesis is that caffeine consumption increases the body's sensitivity to insulin so less of it is needed, which in turn may help reduce inflammation,  a risk factor for cancer.

Too early to make recommendations to patients

Fuchs said the study is the first to study an association between caffeinated coffee and risk of colon cancer recurrence. It adds to a number of recent studies suggesting that coffee may have protective effects against the development of several kinds of cancer, including reduced risks of postmenopausal breast cancer, melanoma, liver cancer, advanced prostate cancer.