E-cigarettes may not be helping cancer patients quit smoking

E-cigarettes may not be helping cancer patients quit smoking

Although the popularity of e-cigarettes is steadily rising, as an aid to stop smoking, a new study of cancer patients suggests that those using the device are equally or less likely to quit smoking than those who do not use them. 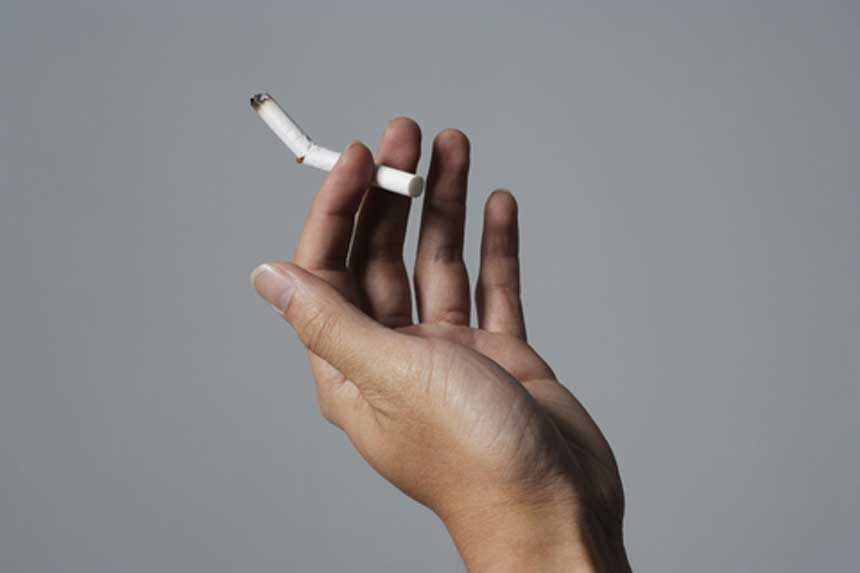 2 in 3 smokers continue after cancer diagnosis

Despite the well-documented risks to health that are posed by smoking, previous research has shown that smoking habits can continue long after a cancer diagnosis has been made. The authors of the new study state that approximately 2/3 of smokers diagnosed with cancer continue to do so after diagnosis.

This continuation is problematic, as smoking can cause new mutations among cancer survivors, resulting in secondary or further forms of primary cancer. Smoking can also reduce how effective cancer treatments are.

Uncertainty continues to surround electronic cigarettes (e-cigarettes). Although they do not contain many of the harmful ingredients that traditional cigarettes contain, such as tar, they do contain nicotine. Studies have also found that some e-cigarettes contain toxic substances, and most could contain carcinogens.

Health care professionals strongly advise that cancer patients quit smoking. Due to the rise in popularity of e-cigarettes, researchers from the Memorial Sloan-Kettering Cancer Center in New York City, NY, set out to investigate cessation outcomes for cancer patients using the devices. Their findings are published in Cancer journal.

A study on quitting smoking

For the study, the researchers observed 1,074 smoking cancer patients who were enrolled in a tobacco treatment program at a comprehensive cancer center between 2012 and 2013. During this period, the researchers found an increase in e-cigarette use from 10.6% of patients to 38.5%.

At the start of the study, e-cigarette users were found to be typically more nicotine dependent than non-users, had had more previous attempts at quitting and were more likely to develop lung or head and neck cancers - cancers that are closely associated with cigarette smoking.

When examining their results as part of an intention-to-treat analysis, the researchers then found that e-cigarette users were twice as likely to be regular smokers of traditional cigarettes than non-users.

"Consistent with recent observations of increased e-cigarette use in the general population, our findings illustrate that e-cigarette use among tobacco-dependent cancer patients has increased within the past two years," says Dr. Jamie Ostroff, one of the study's authors.

However, the rise in e-cigarette use was not associated with an increased likelihood of cessation or even in a reduction in the rate of smoking. No findings were made to support oncologists suggesting e-cigarettes as an option to cancer patients as a means to quitting smoking.

"Controlled research is needed to evaluate the potential harms and benefits of e-cigarettes as a potential cessation approach for cancer patients," says Dr. Ostroff, acknowledging that their study had its limitations. For now, she has the following recommendations:

"In the meantime, oncologists should advise all smokers to quit smoking traditional combustible cigarettes, encourage use of FDA-approved cessation medications, refer patients for smoking cessation counseling, and provide education about the potential risks and lack of known benefits of long-term e-cigarette use."

Other experts have called into question the reliability of the study. Prof. Robert West, director of tobacco research at University College London, UK, criticizes the sample of patients used, as "the sample could consist of e-cigarette users who had already failed in a quit attempt, so all those who would have succeeded already would be ruled out."

Caution regarding the use of e-cigarettes is advised by the American Cancer Society (ACS). On their website, they state that they cannot recommend the devices to help people quit smoking and that they will support legislation treating them like all other tobacco products until they are scientifically proven to be safe and effective.

However, the study authors advise that their findings should not be interpreted to indicate that e-cigarettes will never help patients quit smoking.