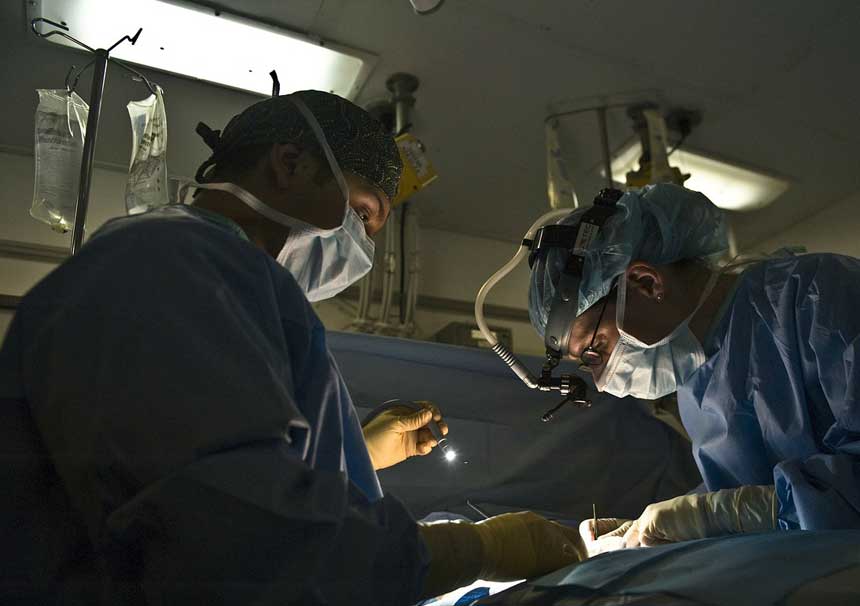 This sheds new light on the risks associated with the growing popularity of endoscopic resection in the treatment of localized, early-stage esophageal cancer. In particular, researchers found that the traditional method, while more invasive, provided significantly better outcomes with an 87.6% five-year survival rate for patients than endoscopic resection, which had a 76% five-year survival rate.

More than 5,000 patients' outcomes reviewed in the study

The study, "Treatment Trends, Risk of Lymph Node Metastasis, and Outcomes for Localized Esophageal Cancer," reviewed the outcomes of more than 5,000 patients from 824 hospitals using the National Cancer Data Base, a program of the American College of Surgeons Commission on Cancer and the American Cancer Society.

Endoscopic esophageal resection uses an endoscope, a flexible tube equipped with a small camera, which can be guided to very specific locations within the gastrointestinal tract with little or no disruption to the rest of the body. Esophageal surgical resection is used to remove a section of a patient's esophagus, and the digestive tract is then reconstructed by reconnecting the remaining unaffected sections.

First study to provide such evidence

"Endoscopic resection was becoming a more and more common surgical choice for treating early-stage esophageal cancer, but there really wasn't a single large study with evidence to suggest it was the best choice," said the senior author of the study, David J. Bentrem, MD, director of the Gastrointestinal Oncology Lab at Northwestern Memorial Hospital and Method professor of surgical research for the Northwestern University Feinberg School of Medicine. "This study sheds some much needed light on the issue and will hopefully encourage physicians and patients to more closely examine whether or not endoscopic resection is the best course of treatment."

While both stages of esophageal cancer involve tumors that are close to the surface and relatively small, T1a esophageal tumors are the closer to the surface and less mature than those classified as T1b. The study's authors also state that most likely due to these differences, they also found that roughly one in five T1b cancers had spread to at least one lymph node, whereas only one in twenty T1a cancers had done the same.

"We know that for most patients with precancerous changes in the esophagus, endoscopy is the appropriate choice," said co-author Rajesh N. Keswani, MD, a Northwestern Medicine interventional gastroenterologist and assistant professor at the Feinberg School. "Our study suggests that patients with low risk T1a cancer can also be treated appropriately and safely with endoscopic resection when performed by a skilled endoscopist. However it also provides strong evidence that endoscopic treatment should only be offered to patients with more unfavorable T1b tumors that are likely to have spread when surgical resection is not a safe option."

"This is the largest study to date to compare endoscopic and surgical treatments for localized, early-stage esophageal cancer, and it helps compare the effectiveness of these two treatments," said co-author Karl Y. Bilimoria, MD, MS, a Northwestern Medicine surgical oncologist and director of the Surgical Outcomes and Quality Improvement Center at the Feinberg School. "Our findings make it clear that that physicians should only offer endoscopic resection to a patient following a discussion about their specific case between an expert endoscopist, surgeon, pathologist and oncologist to make sure it really is the best treatment option."