A new drug has been approved to treat advanced stomach cancer or gastro-esophageal junction adenocarcinoma, following prior chemotherapy. The approval allows ramucirumab (trade name: Cyramza) to be administered either alone or in combination with paclitaxel chemotherapy.

In particular, ramucirumab is the first licensed such therapy specifically indicated following prior chemotherapy (fluoropyrimidine and platinum), in combination with paclitaxel chemotherapy and as a single agent in patients for whom treatment with paclitaxel is not appropriate. Ramucirumab's approval is based on two international Phase 3 studies, showing it extended overall survival time and delayed disease progression versus each study comparator. 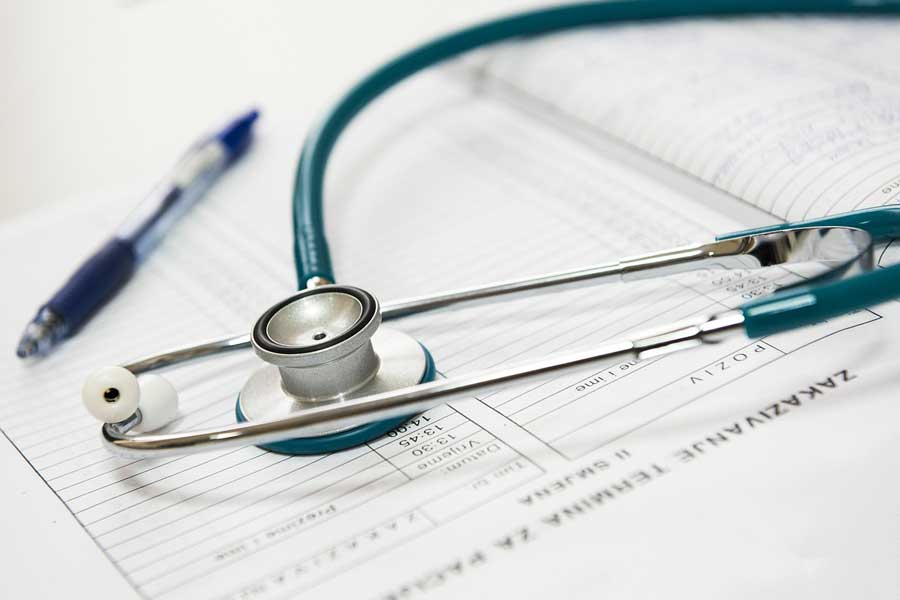 "Unfortunately, most patients with gastric cancer face a poor prognosis. Around 80% are first diagnosed once their cancer has spread and become difficult to treat. Despite research efforts, there have been few advances in the last 30 years and inoperable gastric cancer remains a devastating disease. Ramucirumab provides a welcome new treatment option for these patients," says Professor David Ferry, Global Senior Medical Director, Lilly Oncology and previous Professor of Medical Oncology, New Cross Hospital, Wolverhampton, UK. Lilly is the marketing authorization holder for ramucirumab.

The studies that led to approval

As a single agent in the REGARD study, results showed ramucirumab extended overall survival time to 5.2 months compared with 3.8 months for best supportive care. In both studies, ramucirumab was shown to delay disease progression and improve objective response rate ie tumor shrinkage.

In the single agent study, adverse events were mostly similar between the ramucirumab and placebo groups, although rates of hypertension were higher (16% vs 8%).

"Important milestone for patients with this difficult-to-treat disease"

'Lilly is proud to have developed the first licensed therapy specifically indicated for second-line advanced stomach cancer and gastro-esophageal junction adenocarcinoma. Today marks an important milestone for patients with this difficult-to-treat disease. Ramucirumab is an innovative therapy that specifically binds to and blocks vascular endothelial growth factor (VEGF) Receptor 2 - a key mediator of VEGF-induced angiogenesis, which feeds cancer growth. Ramucirumab's development is testament to our commitment to support people living with cancer and those who care for them' said Richard Gaynor, M.D., Senior Vice President, Product Development and Medical Affairs for Lilly Oncology.

Ramucirumab was granted Orphan Drug Designation by the European Commission for treatment of gastric cancer in the EU. Orphan drug status is designated to medicines for the treatment of rare diseases, where available options are limited or where a medicine offers significant benefit over existing treatments.

Details on the RAINBOW and REGARD trials

RAINBOW was a global, randomized, double-blinded, placebo-controlled Phase 3 study of ramucirumab plus paclitaxel compared to placebo plus paclitaxel as a treatment in patients with advanced (locally advanced, unresectable or metastatic) gastric cancer including gastro-esophageal junction adenocarcinoma refractory to or progressive after initial fluoropyrimidine- and platinum-containing chemotherapy. In total, 665 patients were randomized in 27 countries. The major efficacy outcome measure (i.e., primary endpoint) of the RAINBOW trial was overall survival and supportive efficacy outcome measure (i.e., secondary endpoint) was progression-free survival.

REGARD was a global, randomized, double-blinded, placebo-controlled Phase 3 study of ramucirumab plus best supportive care (BSC) compared to placebo plus BSC as a treatment in patients with locally advanced or metastatic gastric cancer including gastro-esophageal junction (GOJ) adenocarcinoma following progression after initial fluoropyrimidine- or platinum-containing chemotherapy. In total, 355 patients were randomized in 29 countries. The major efficacy outcome measure of the REGARD trial was overall survival and the supportive efficacy outcome measure was progression-free survival.

Ramucirumab is the first biological therapy for use in advanced gastric cancer, which specifically binds to vascular endothelial growth factor (VEGF) Receptor 2 - a key mediator of VEGF-induced angiogenesis. Angiogenesis involves the formation of new blood vessels that feed tumors and enable their growth and spread. Elevated levels of VEGF are associated with tumor aggressiveness and poorer survival. By binding to VEGFR-2, ramucirumab blocks VEGFR ligands - VEGF-A, VEGF-C and VEGF-D8 - to stop signals from the tumor directing new vessel growth, thereby starving the tumor of nutrients and oxygen.