Risk of common skin cancer increased by 90% by sunbeds

Risk of common skin cancer increased by 90% by sunbeds

Research presented at the World Congress on Cancers of the Skin in Edinburgh, Scotland, shows that sunbeds significantly increase the risk of a potentially serious skin cancer (squamous cell carcinoma) that is twice as common as melanoma. 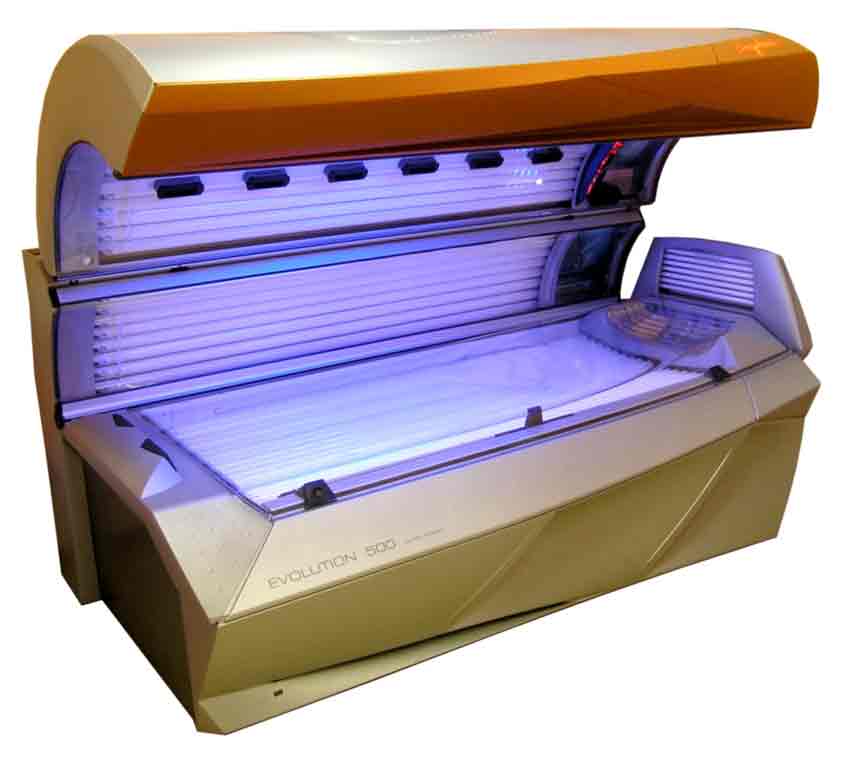 Warnings about sunbeds often focus on melanoma, the least common type of skin cancer, which is linked to sunburn. Some sunbed operators therefore claim that as long as skin does not burn, there is no cancer risk.

However this latest warning, from researchers at University of Dundee in Scotland and Leiden University Medical Centre in the Netherlands, relates to squamous cell carcinoma (SCC), the second most common type of skin cancer.

SCC is caused by longer-term, cumulative exposure to UV, such as through repeated tanning, rather than isolated incidents of burning. It accounts for about 20% of all skin cancers, while melanoma accounts for just 1%.

In January 2013, the same researchers from Dundee published a study which measured ultraviolet (UV) radiation levels emitted by 402 sunbeds across England.

This showed that 9 out of 10 sunbeds emitted UV levels that exceed European safety limits.

In this latest study, the team used these data on the UV intensity levels, factored in the average length of sunbed sessions, and the number of sessions each year, as well as a person’s cumulative UV exposure from the sun, and then applied an equation that links UV exposure and SCC incidence, to predict risk to people who use sunbeds.

The researchers found that by 55 years of age, people who used a sunbed were 90% more likely to develop SCC than those who did not.

Sunbed use was defined as having a 12 minute session about every 8 days (or a 6-minute session every 4 days), over a 15 year period from age 20 to 35 years, using a sunbed with a median UV dose.

For high dose sunbeds the risk is increased by 180%.

Even the sunbeds giving the lowest UV dose found in the 2013 study were linked to a 40% increased risk of developing SCC.

This is the first study to estimate the risk of SCC according to the type of sunbed (high, medium and low output), session time, and number of sessions per year, and consider those in relation to day-to-day exposure and holiday exposure.

Professor Harry Moseley of the University of Dundee, one of the study’s authors said: “There is considerable variation in the output of artificial tanning units which people should be aware of. The results of our study indicate that the additional UV dose from sunbed use compared to normal day-to-day sun exposure potentially adds a significantly increased risk for development of SCC.”

Nina Goad of the British Association of Dermatologists said: “While other types of skin cancer, such as melanoma, are linked to sunburn, SCC is caused by more chronic, long-term, cumulative sun exposure. One defense of the sunbed industry is that sunbeds do not increase your risk of skin cancer if you do not burn, however this study weakens this argument. It is something that people should be warned about, so they are fully informed of the risks when making choices about sunbed use.”

While squamous cell carcinoma (SCC) results in fewer deaths than melanoma, it has metastatic potential (it can spread to other parts of the body) and can have a significant impact on the patient, including extensive scarring following surgical removal.

The most common cause is too much exposure to ultraviolet (UV) light from the sun or from sunbeds.

This causes certain cells (keratinocytes) in the outer layer of the skin (the epidermis) to grow out of control into a tumor.

SCC can be cured if detected early, however if an SCC is left untreated for too long it may spread to other parts of the body, which can prove fatal.