Robot-assisted prostatectomy to remove cancerous prostate glands can control the disease for 10 years, which is comparable to the open surgery results. This is according to a new study which was led by researchers at Henry Ford Hospital. 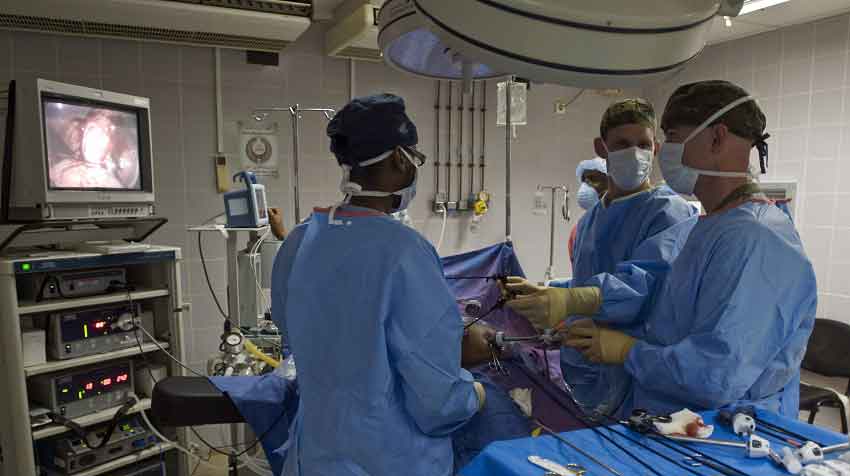 The study also suggested that traditional methods of measuring the severity and possible spread of the cancer together with molecular techniques might, with further research, help to create personalized, cost-effective treatment regimens for prostate cancer patients who undergo the surgical procedure.

The findings apply to men whose cancer has not spread beyond the prostate, and the results are comparable to the well-established and more invasive open surgery to remove the entire diseased prostate and some surrounding tissue.

The research study is published this month online in European Urology, the official journal of the European Association of Urology.

"Until our analysis, there was little available information on the long-term oncologic outcomes for patients who undergo robot-assisted radical prostatectomy, or RARP," says Mireya Diaz, Ph.D., Director of Biostatistics at the Henry Ford's Vattikuti Urology Institute (VUI) and lead author of the study.

"As one of the very first hospitals to establish a structured RARP program a little over a decade ago, we were able to determine the long-term effectiveness of the technique thanks to the continued feedback of our patients and the follow-up efforts of the VUI team," Dr. Diaz adds.

Study on 483 men who had robot-assisted surgery

The researchers followed 483 consecutive men who had cancer that had not spread outside the prostate and received RARP as their first treatment. All cases were from 2001 to 2003, the earliest years of Henry Ford's robot-assisted prostate surgery program.

Using several standard measures of cancer-treatment success (including biochemical markers of recurrence, incidence of metastasis or the spread of cancer beyond the prostate, and cancer-specific survival) the researchers found that 98.8% of the patients survived cancer for 10 years after their surgery.

Further analysis showed that the severity of the cancer after RARP was the best predictor of a recurrence, and the level of Prostate-Specific Antigen, or PSA, in the bloodstream (which is now routinely measured as a test for the possible presence of prostate cancer) can be combined with severity to determine future treatment.

"Disease severity and postoperative PSA measurements can guide physicians in identifying the varying levels of cancer recurrence risk," Dr. Diaz explains. "This includes those patients who can best benefit from secondary treatment as well as long-term monitoring."

Does the level of PSA imply recurrence risk?

The study suggests that persistent PSA levels after RARP signals the risk that cancer may progress and soon require a second or salvage treatment of another kind. Lower risk patients after RARP warrant careful monitoring within five years after surgery and more protracted later, while those at higher risk may need follow-up monitoring beyond 10 years.

Further research and the collection of consistent, solid evidence will allow the creation of more personalized regimens for cost-effective treatment following RARP, the study concluded.