Surgical resection of large symptomatic brain metastases is often indicated to confirm diagnosis, remove the lesion(s) or reduce pressure within the brain, but there is a high incidence of tumor recurrence after surgery alone.

Although post-operative WBRT significantly reduces tumor recurrence in the brain and is the current standard of care for patients following resection, the treatment can negatively impact a patient’s cognitive function and quality of life.

SRS targets escalated doses of radiation to the tumor with extreme precision; the advanced technique can eliminate cancerous cells in a single or very small number of sessions while limiting the impact on surrounding tissue.

“Stereotactic radiosurgery to the surgical cavity is widely used, despite the lack of clinical trials to substantiate its effectiveness,” said Paul D. Brown, MD, lead author of the study and a radiation oncologist at the Mayo Clinic in Rochester, Minnesota. “Our multi-institutional, randomized trial is the first to demonstrate clearly the efficacy of stereotactic radiosurgery (SRS) compared to whole brain radiotherapy (WBRT) in a post-operative setting.” 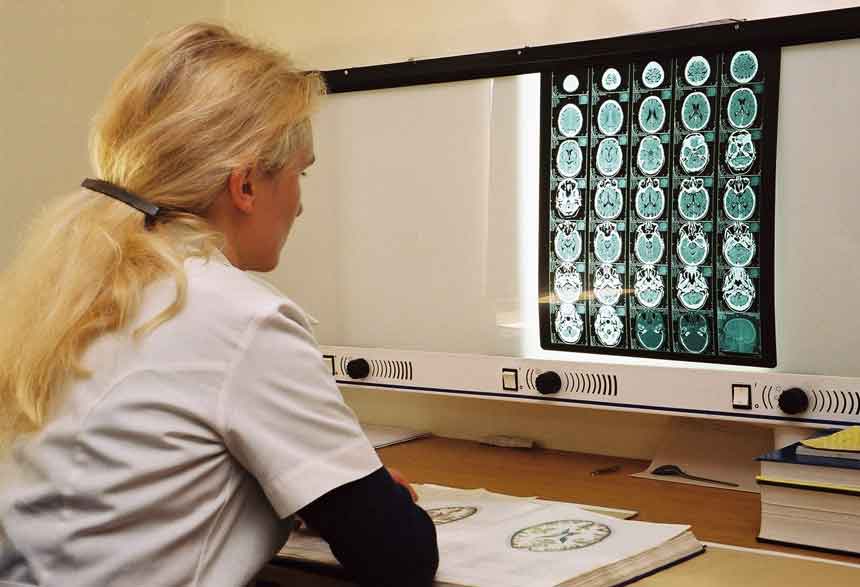 4 years of study in brain metastases

The trial was conducted at cancer centers across the U.S. and Canada from 2011 to 2015. Participants included 194 patients, each with one to four brain metastases. Patients were randomized to receive either SRS or WBRT after surgical resection of one lesion.

The majority of patients (77%) had a single brain metastasis, and lung tumors were the primary site for most patients (59%). The average patient age was 61 years, and study arms were balanced on baseline patient and tumor characteristics.

Primary outcomes in the trial included overall survival (OS) and cognitive deterioration free survival (CDFS), which was defined as a decline greater than one standard deviation from the patient’s baseline in any of six cognitive tests.
Major secondary endpoints included local control of the surgical bed, time to intracranial failure, and quality of life (QOL).

Moreover, SRS patients experienced significantly longer survival without cognitive decline, with a median CDFS of 3.2 months for SRS and 2.8 months for WBRT.

The rate of cognitive deterioration at six months was 85.7% after WBRT, compared to 53.8% after SRS, with a higher percentage of WBRT patients experiencing worse immediate recall, memory and attention compared to those treated with SRS.

There was no clinically meaningful difference in median surgical bed relapse free survival between treatment arms, although long term follow-up showed better control with WBRT.
Patients treated with SRS experienced better quality of life than those who received WBRT. At three months following treatment, declines in QOL and physical wellbeing were significantly smaller after SRS than WBRT. At six months, physical wellbeing remained significantly better for SRS patients for.

“Our results confirm that radiosurgery to the surgical cavity is a viable treatment option to improve local control with less impact on cognitive function and quality of life compared to WBRT”, said Brown. “There is no significant difference in survival whether a patient receives post-operative radiosurgery or WBRT and radiosurgery avoids the well-known toxicities of WBRT. Furthermore, due to less time commitment and a quicker recovery after SRS, patients can restart systemic therapies more rapidly.