Breast cancer risk increased by 5-9 times in women with mutations in the PALB2 gene, investigators reported. Increased risk is suspected for the MEN1 gene too. 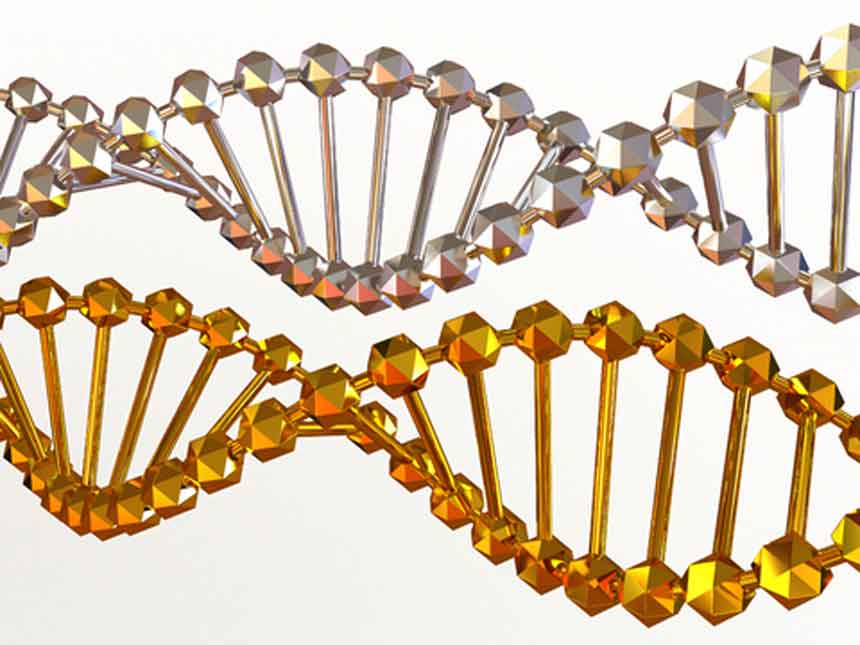 The magnitude of risk compared with the general population varied by age, ranging from 5 times greater among women older than 60, to 9 times greater in women younger than 40, according to Marc Tischkowitz, MD, PhD, of Addenbrooke's Hospital in Cambridge, England, and colleagues.

The frequency of applicable mutations in PALB2 in the total population of women remains to be determined, they concluded in an article published online in the New England Journal of Medicine.

Note that in medical terms, the applicable mutation is called "loss-of-function" mutation, and PALB2 is a so-called partner and localizer of the BRCA2 gene.

"On the basis of our estimates of risk, women with loss-of-function mutations in PALB2 should be studied to determine whether enhanced surveillance for breast cancer, in line with that offered to women with mutations in BRCA2, can influence outcomes," they concluded. "Risk-reducing surgical options could also be tested."

The data, obtained from 362 members of families with and without a history of breast cancer, also showed that PALB2 mutations more than doubled the risk of ovarian cancer, but the effect did not achieve statistical significance.

PALB2 protein interacts with both BRCA1 and BRCA2. Loss-of-function mutations in PALB2 have been implicated in pancreatic cancer and Fanconi anemia, as well as breast cancer.

Studies conducted in several different countries have found that PALB2 mutations occur in 0.6% to 3.9% of families that have a history of breast cancer. Studies of unselected populations have shown that 0.5% to 1.0% of breast cancer patients have PALB2 mutations, according to the authors' background information.

In an attempt to quantify more precisely the breast cancer risk associated with PALB2 mutations, Tischkowitz and colleagues studied 362 PALB2-positive members of 154 families, identified at 14 different centers. Eligible patients had at least one family member who had tested negative for BRCA1 and BRCA2 but had a loss-of-function mutation in PALB2.

"The goal of our study was to estimate the risk of breast cancer associated with inherited loss-of-function mutations in PALB2 on the basis of family data for mutation carriers from many locales, across multiple generations, and with differing family histories of cancer," the authors noted.

PALB2: More than 9 times the risk

An analysis involving a best-fit statistical model showed that the annual risk of breast cancer increased with age, beginning at 0.01% per year among women 20 to 24, topping out at 1.6% per year among women 50 to 54, and then leveling off at 1.4% per year thereafter. Breast cancer risk among PALB2 carriers was increased by a factor of 8 to 9 in women up to 40, 6 to 8 for women 40 to 60, and 5 in older women.

"On the basis of our estimates, the breast-cancer risk for a PALB2 mutation carrier, even in the absence of a family history of breast cancer, would be classified as high according to various guidelines," the authors concluded. "This level of risk may justify adding PALB2 to genetic testing for BRCA 1 and BRCA 2."

PALB2 mutation seems to have similar effect to BRCA mutation

"Loss of heterozygosity at the PALB2 locus is likely to result in increased sensitivity to cell death with PARP inhibition as well, given that synthetic lethality is seen with other proteins that are involved in homologous recombination," said Evans, of the National Institute on Aging in Baltimore, and Longo, a deputy editor of the journal.

"The promise of synthetic lethality in breast-cancer treatment through genetic and pharmacologic targeting of the Fanconi's anemia-breast cancer pathway will lead the way to the examination and exploitation of defective DNA-repair mechanisms in other cancers."

Another article in the same issue of the journal implicated yet another type of germline mutation in the cause of breast cancer. In a letter to the editor, the members of the International Breast Cancer in MEN1 Study Group reported findings from investigations into the role of "Multiple Endocrine Neoplasia type 1" (MEN1) in breast cancer.

Normally, MEN1 functions as a tumor-suppressor gene. Germline mutations in the gene lead to parathyroid adenomas, duodenopancreatic neuroendocrine tumors, and pituitary adenomas. Recent preclinical studies suggested that MEN1 also is involved in breast cancer tumorigenesis, according to Koen M. A. Dreijerink, MD, PhD, of Dana-Farber Cancer Institute in Boston, and co-authors from France, Australia, and the Netherlands.

MEN1 risk: more than twice that of the general population

To examine possible contributions of MEN1 in human breast cancer, investigators analyzed data from the Dutch longitudinal MEN1 database, which comprises data for more than 90% of Dutch patients with MEN1. They identified 190 women who were MEN1 carriers. The risk of invasive breast cancer in that group of women was 2.83 times greater than the risk in the general population (P<0.001). The data also showed that MEN1 was associated with a younger age, a mean of 48.0 as compared with 60 to 65 in the Dutch population.

Investigators repeated the analysis using data from cohorts in the U.S., France, and Tasmania. The analysis involved a total of 675 women with MEN1. Comparison of breast cancer risk for MEN1 carriers with the incidence in the general population of the respective countries yielded risk ratios of 2.40 for the U.S., 2.33 for France, and 2.31 for Tasmania. Only the result for France achieved statistical significances (P=0.03), which the authors attributed to an insufficient number of patients.

"Female patients with MEN1 are at increased risk for breast cancer," the authors concluded. "Loss of menin expression and loss of heterozygosity at the MEN1 locus in a subgroup of patients suggest a mammary-cell autonomous effect in MEN1-related breast cancer. Our observations indicate that MEN1 mutations are involved in human breast cancer carcinogenesis.